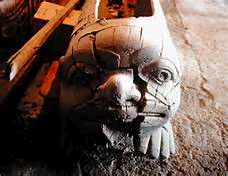 The quest of art dealers and museums to get their hands on the Whale House of the Tlingits has been a very long one. Over several centuries long.

So has the dilemma of whether art is capable of providing us a transcendental experience, or if it is simply a commodity. It is certainly a potent symbol of the spoils of war–from Napoleon’s army, who took from Egypt all it could ramble with, to the British Empire, which stole a third of the Parthenon marbles from Athens. France and England are relatively new cultures with little classical art to show for it. These robberies, a consequence of their military conquests, provided them with some of the historic pedigree they lacked.

The famous Hollywood actress (and later Greek Minister of Culture) Melina Mercouri, died without achieving her life goal: for the British Parliament and the European Union to restore the Parthenon Sculptures to Greece. The new, state-of-the-art-museum at the base of the Acropolis in Athens, is still waiting for the precious art work of Phidias to return. 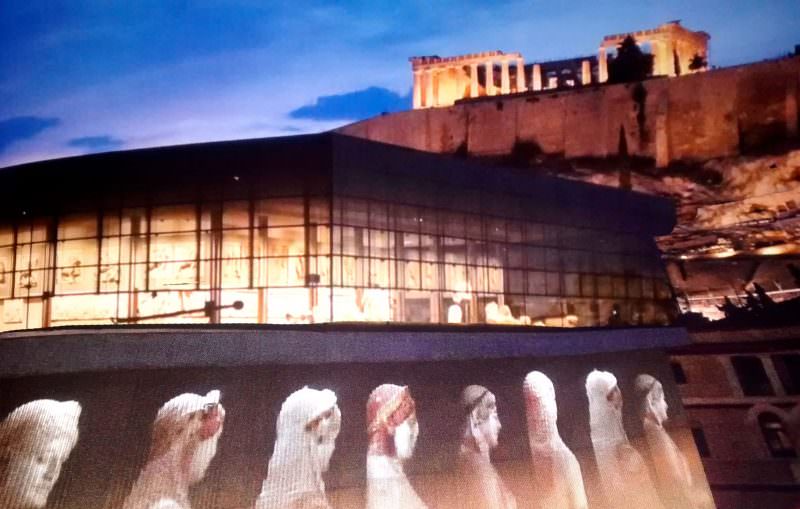 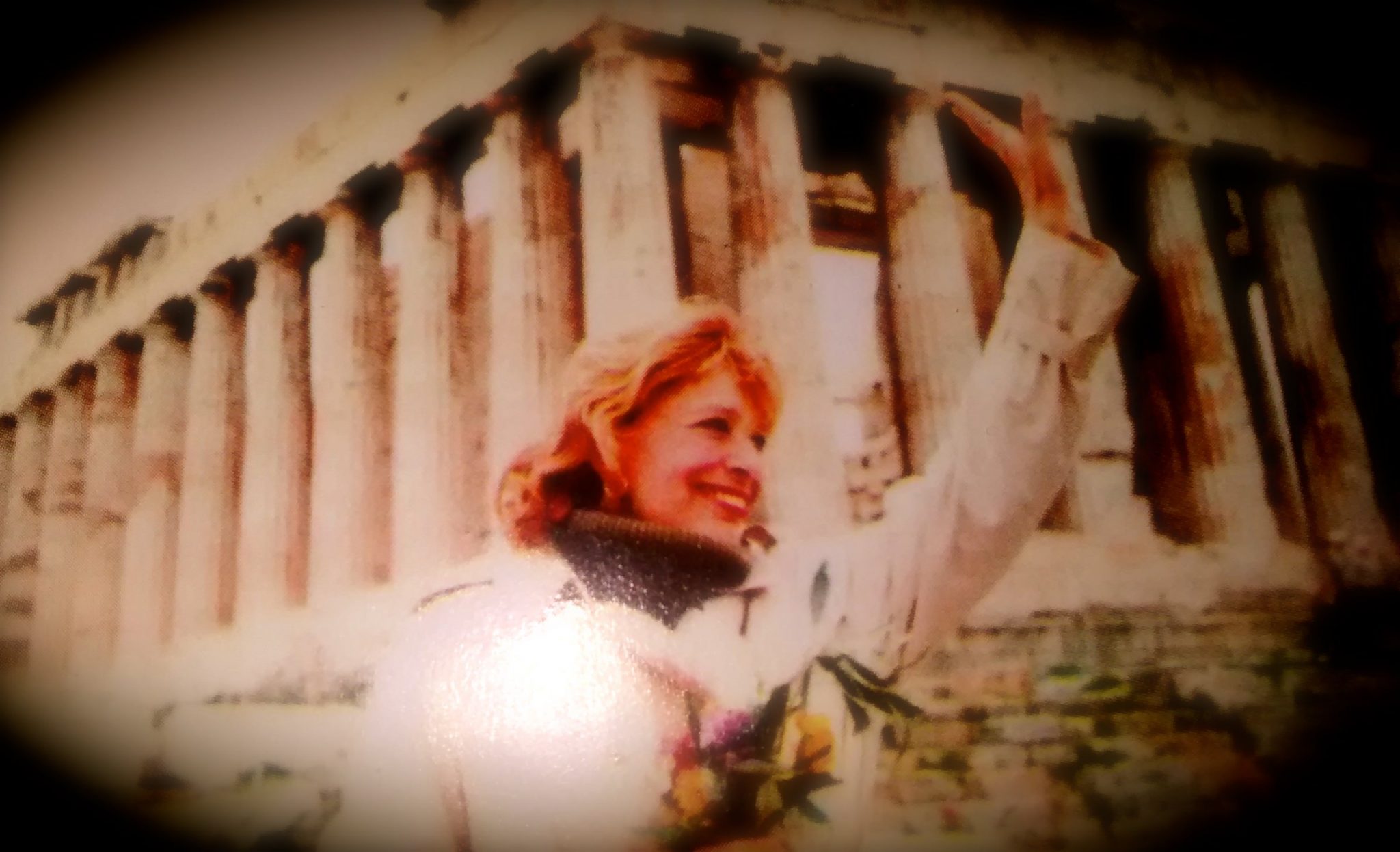 One can truly understand Greek sculpture only when seeing it bathed in the extraordinary Greek light. As the poet Lord Byron––who was opposed to the removal of the art from Greece, more eloquently said:

“Dull is the eye that will not weep to see

By British hands, which it had best behoved

To guard those relics ne’er to be restored.

Curst be the hour when from their isle they roved,

And once again thy hapless bosom gored,

And snatch’d thy shrinking gods to northern climes abhorred!” 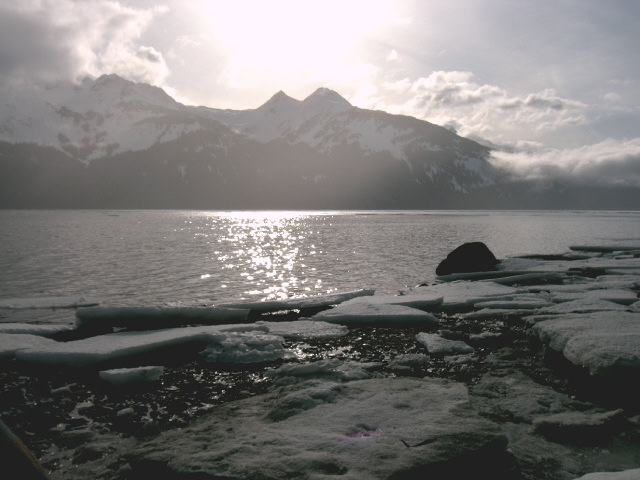 In the other side of the world, the Ganges River begins in the Himalayas where it emerges from an ice cave. To hundreds of millions of Hindus in India and around the world, the Ganges is not just a river but also a goddess, Ganga, who was brought down to Earth from her home in the Milky Way by Lord Shiva.

The myth persist that the river contains the water of immortality, which has self-purifying qualities sometimes ascribed to sulphur springs, or high levels of natural radioactivity, or the presence of viruses that can destroy bacteria. I can testify to this, having survived the ingestion in my youth of many cups of tea by the Ganges riverbanks.

Similarly, the Chilkat River in Alaska has mysterious hot river currents that keep the water from freezing in the winter. At least six kinds of wild salmon run in the river in the winter, attracting the largest concentration of bald eagles in the world, along with bears, sea lions and myriad assorted other animals and humans drawn by the spectacular bounty.

Even after so many centuries, the Ganges is one of the main spiritual centres in the world. It is also one of the most polluted, although that does not seem to diminish its attraction.

By contrast, the Chilkat River keeps its delicate natural balance amidst the extreme vigilance of its Elders, the Tlingit community and other ecological groups that live in its midst. Their struggle lasted half a century, but it ended in resonant triumph for the Community. 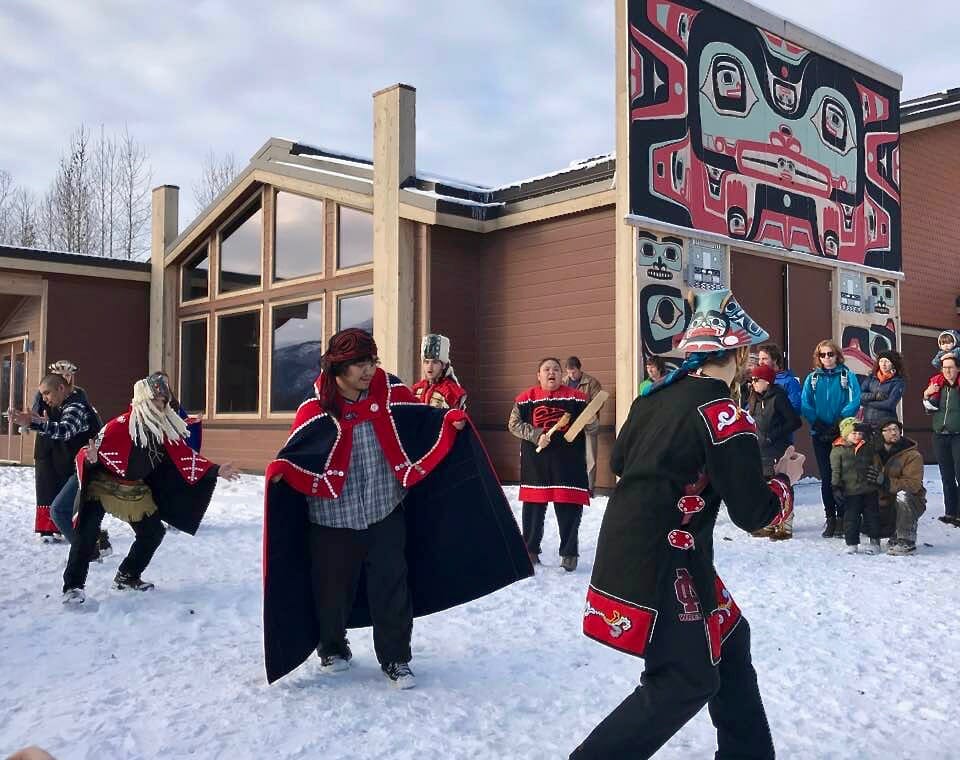 The Jilkaat Kwaan Heritage Centre is now open to the public. The Whale House can be seen for the first time in centuries. In the eloquent words of Dr. Rosita Worl, Director of the Sealaska Heritage Institute: “When you made the trip to Klukwan, it is a veritable pilgrimage in all of the ancient ways. Your senses open to the breathtaking nature around you, to the many splendours of Alaska, to the wild fauna and flora around the Chilkat River . . .”

Then you enter the Santa Sanctorum at the Heritage Centre in Klukwan. There is something inexplicable, something very old, that overcomes you. This experience continued for me in my dreams that very same night.  It is what I call a veritable transcendental experience.

Many people talk about the artistic renaissance taking place among the Native Peoples living in the Pacific northwest in the US and Canada. The last tribes to be conquered on the North American continent were the Tlingits of Alaska and the Yukon. And they are still fiercely close to their own colourful and imaginative civilization and culture.

Perhaps, the real American Art began with the confluence or cross-pollination of Native Peoples and Europeans in the Pacific northwest.  American Art created in the East being nothing more than a European derivative, produced with the goal of making money, and destined to be kept in a bank vault.

By contrast, despite the evident modernity and elegance of the Art made by the Native Peoples of the Pacific northwest, this ancient Art perhaps, is much more relevant to our lives today. How much can we be inspired by it? Art therapy, Eco-therapy come to mind . . . . The Whale House it is a very expensive art commodity, no doubt, and at the same time, a type of Art that brings spirituality, communion with nature and a strong sense of place. This is what makes the Art of the Native Peoples of the Pacific northwest an authentic transcendental experience to have.

A visit to the Jilkaat Kwaan Heritage Centre in Klukwan, Alaska, will change your life. By Margarita Ramon. 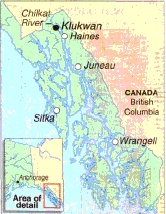