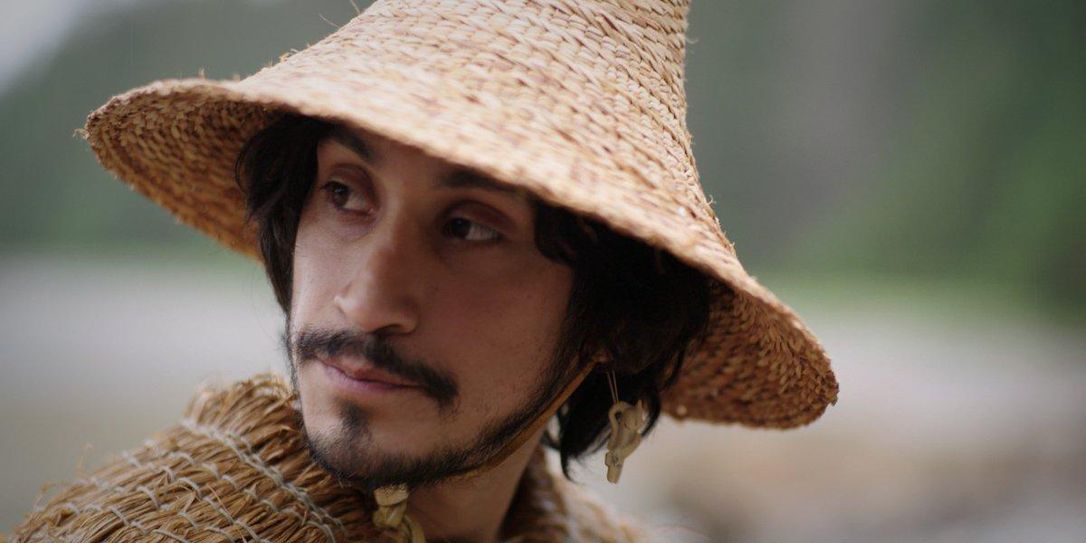 Haida Gwaii two main languages are spoken by fewer than 20 people, mostly elders. This film, which is spoken entirely in the Haida language, is the first in the world and the first feature shot on Haida Gwaii.

Arriving more than a century after British Columbia’s first-ever feature film, In the Land of the Head Hunters — Edward S. Curtis’ controversial but undeniably fascinating portrait of the Kwakwaka’wakw people of northern Vancouver Island — Edge of the Knife is the first feature to tell a story about the Kwakwaka’wakw’s neighbors the Haida. Part drama, part historical reclamation, First Nations filmmakers Gwaai Edenshaw and Helen Haig-Brown’s film is set during the 19th century and performed entirely in the Haida language (a tongue so endangered, with less than 20 fluent speakers, that a dialect coach was needed). Whereas Curtis remained an outside observer, transfixed by the Kwakwaka’wakw’s masks and regalia, Edge of the Knife has a genuine Indigenous eye akin not only to other films by distributor Isuma (Zacharias Kunuk has an executive producer credit) but also from supernatural neorealist fables from African and Latin American filmmakers. Inspired by the Gaagiixiid/Gaagiid wildman of Haida mythology, the film charts a simple narrative about a reckless uncle who can’t bear the guilt of having unwittingly led a beloved nephew to his demise, and whose abnegation takes on a horrific physical form over a winter of self-imposed exile in the wild. Both visceral and austere, yet with unexpected dashes of comedy and melodrama, Edge of the Knife may be a significant landmark in the short history of Canadian Indigenous film, but it’s also a shit-kicker for a Friday night at the flicks.